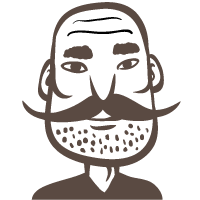 Can A Root Canal Save You Money?

Root canals don't have the best reputation out there, but they're actually very useful techniques that can help to preserve a tooth. If you've been told that you might need a root canal, try not to panic. This guide will explain how you're going to benefit monetarily in the long run by saying yes to the root canal while also explaining what the process is like.

No Need for a Tooth Replacement

One of the ways that you'll save money with a root canal is that you won't need to get a replacement tooth. Whether you pick a bridge, implant, or something else, a tooth replacement can be expensive.

With a root canal, the inside of your tooth is cleaned out and then it's sealed back up. That's it. You get to keep your real tooth right where it's always been so you don't have to spend more money later on.

When you lose a tooth or say no to a root canal, you have to have the tooth pulled as the only alternative. This means you'll have a gap in your smile. If you choose to not get a replacement tooth to go where your real tooth used to be, you might think that you could save money, but that may not be necessarily true.

In addition, losing a tooth and not having it replaced can cause you to lose circulation in your gums and bone mass in your jaw. These can all contribute to the risk of losing additional teeth, which will cost more money. In short, root canals save you cash.

Getting a root canal isn't a terrible process that leaves you quaking in pain. It should be just as painless as any other procedure you have done at the dentist's office.

Your dentist will do their work only after you've been completely numbed with Novocaine. While you'll be able to hear the drill, you won't feel a thing.

Your dentist will use the drill to bore a small hole into the tooth so they can begin removing the interior of the tooth. When they've removed all of it, they'll seal up the hole with a filling. If necessary, they'll also top the tooth with a crown. That's it — it's a process only slightly more involved than getting a standard cavity filled.

Root canals aren't terribly painful and they're effective tools that can help you to save some cash.